Formula Student is the world's biggest competition for engineers. Every year competitions are held all across the globe. Founded by the «Society of Automotive Engineers» in 1981, the first competition in Europe took place in 1998. At present there are more than 600 teams from universities all over the world competing with their self-constructed race cars. The winner is not necessarily the team with the fastest car, but the one with the best package regarding construction, performance, financial planning and sales arguments.

A separate class for electric vehicles was introduced back in 2010 in order to prepare prospective young engineers for future technologies such as electric drivetrains and in order to advance the innovation process. This class focuses on ecological aspects without dropping the attractiveness of a sporty style of driving. It is a quite remarkable fact that the fastest electric vehicles cars already provide equal performance compared to the best race cars with combustion engines. After having built three Formula Student cars with conventional combustion engines, the team switched to the newly established electric class and managed to compete among the top teams right from the start.
As soon as the driverless competition was introduced to the formula student competition, AMZ Racing hopped on board and started competing to build the best driverless vehicle in formula student history. 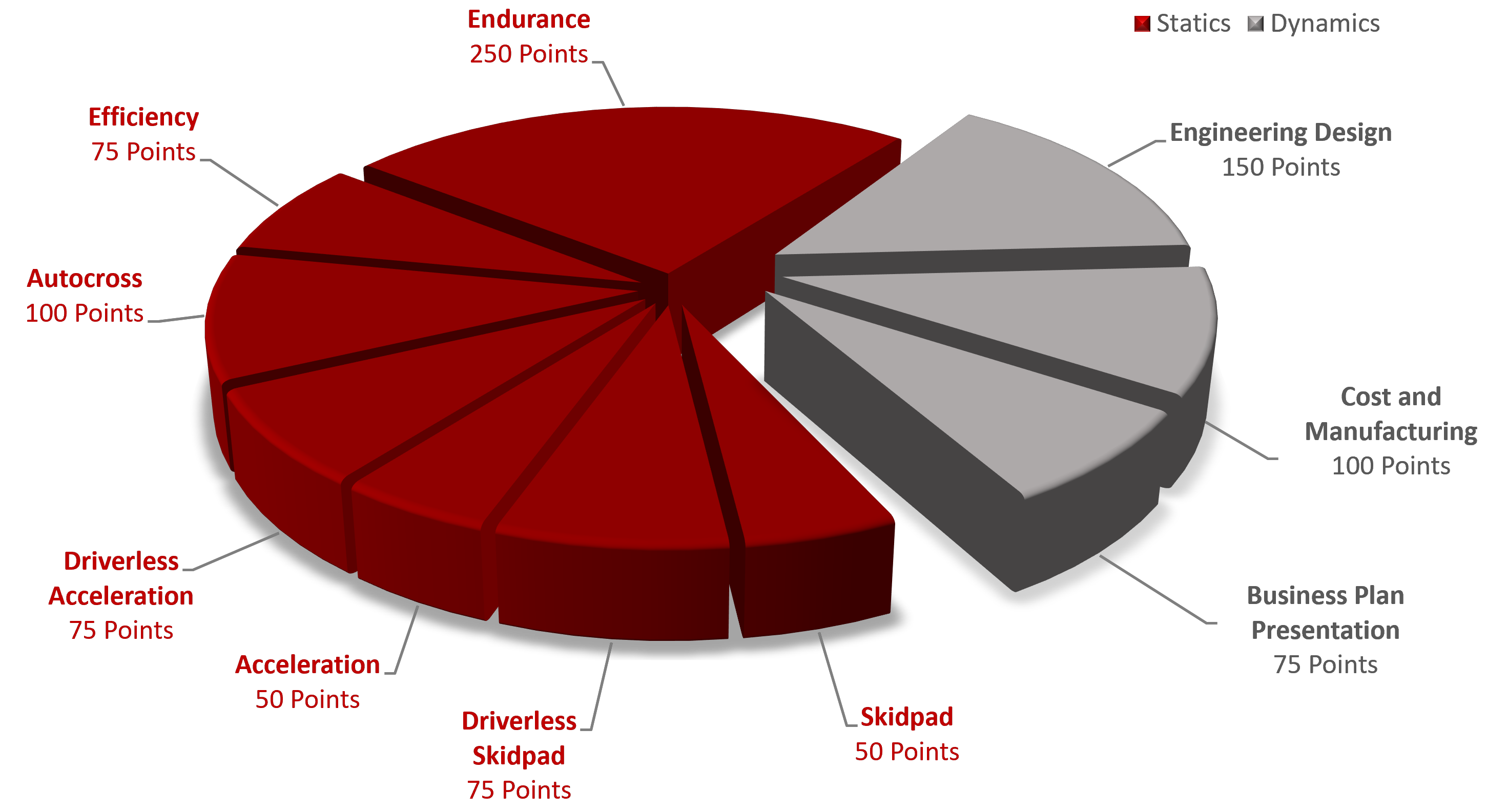 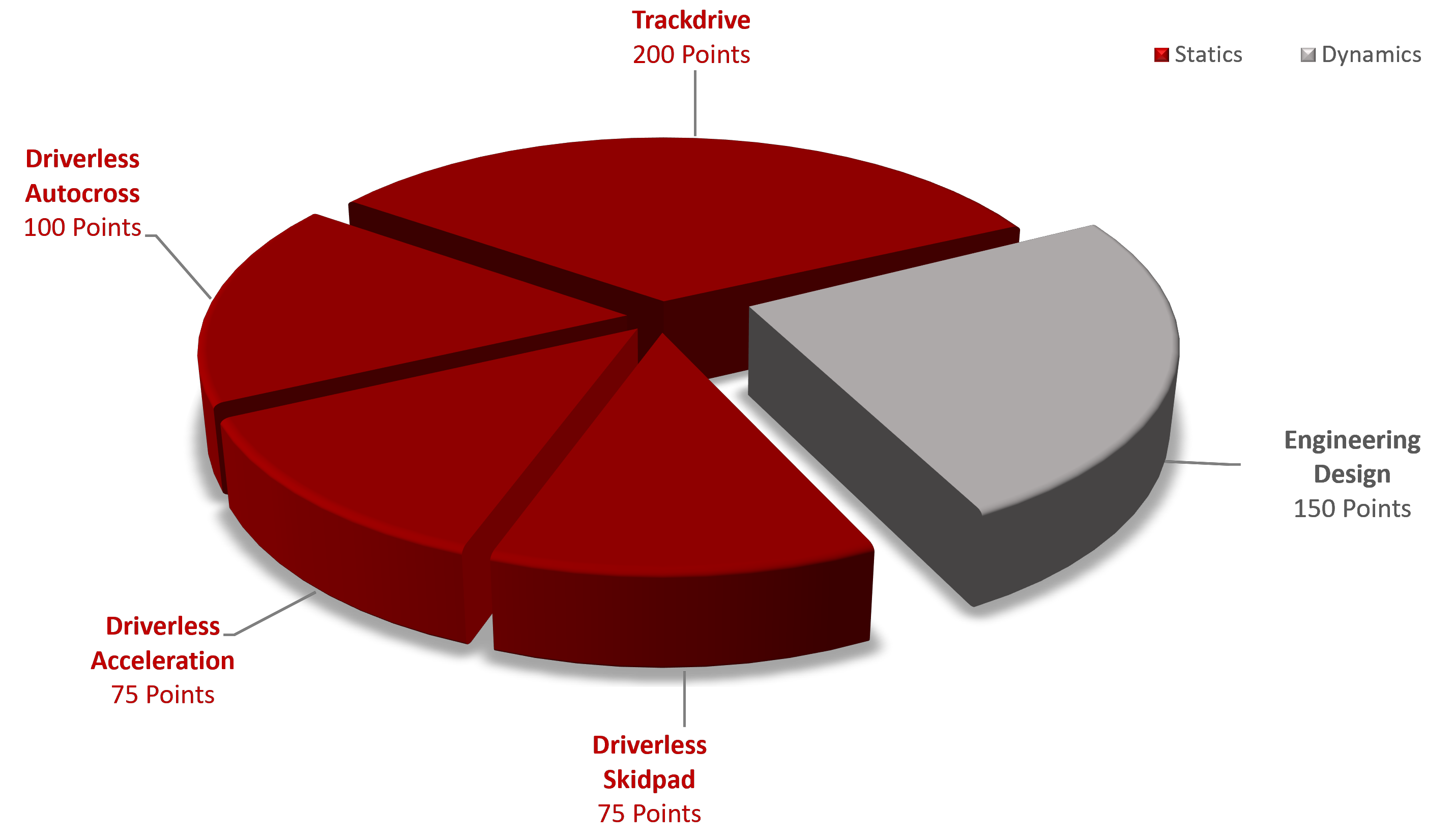 A Formula Student competition consists of so-called static and dynamic disciplines. In the static events the engineers have to present their car and their development process to well-known judges from the economy, the automotive industry and prestigious racing series like Formula One. Disciplines being judged are:

The dynamic events reveal the driving performance of the prototypes. Every discipline puts different abilities of the cars to the test:

While the electric competition also has driverless acceleration and skidpad disciplines, the driverless cup features only disciplines completed without a driver:

The following websites offer detailed information about the competitions: